Get Interesting Photos Direct To Your Email
Sign up for our newsletter and receive unique photos for your viewing pleasure!
We hate SPAM and we promise to keep your email address safe.
No thanks, I have already subscribed!
Thank You
Follow Us Follow @allrefer Pinterest
AllRefer.com > Pictures & Images > Delta IV - Space access vital to warfighting efforts 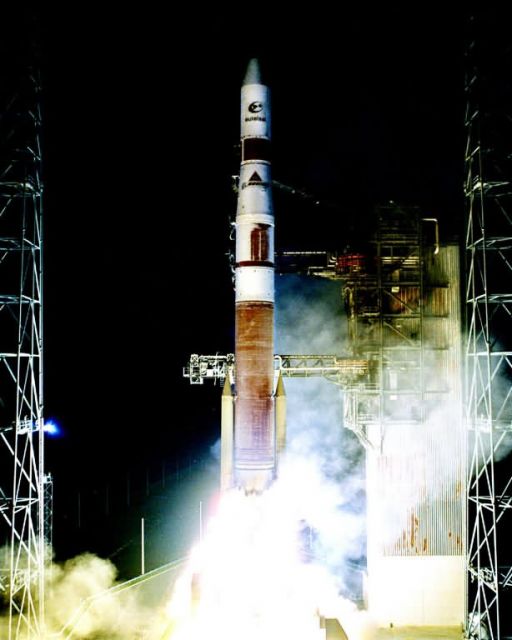 CAPE CANAVERAL, Fla.—A Delta IV rocket lifts off from Cape Canaveral, Fla. According to Peter B. Teets, undersecretary of the Air Force and director of the National Reconnaissance Office, access to space is better than ever before, but increased reliance on space-based assets means the nation must look to the next generation of evolved expendable launch vehicles to replace current systems like the Delta IV and the Atlas V rockets. (Courtesy photo)