Get Interesting Photos Direct To Your Email
Sign up for our newsletter and receive unique photos for your viewing pleasure!
We hate SPAM and we promise to keep your email address safe.
No thanks, I have already subscribed!
Thank You
Follow Us Follow @allrefer Pinterest
AllRefer.com > Pictures & Images > CH-3C - CH-3C helicopter 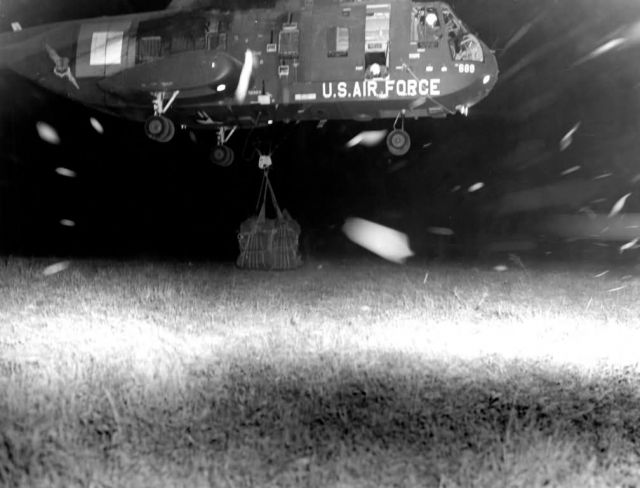 1960s—In a night operation, a U.S. Air Force CH-3C helicopter hovers with a cargo load before airlifting it to a forward location. The operation was in support of Joint Task Force Ozark during U.S. Strike Command’s Exercise Gold Fire I. The down-draft from the whirling blades raised a cloud of dust and chaff around the rotor-bladed aircraft. (U.S. Air Force photo)