Get Interesting Photos Direct To Your Email
Sign up for our newsletter and receive unique photos for your viewing pleasure!
We hate SPAM and we promise to keep your email address safe.
No thanks, I have already subscribed!
Thank You
Follow Us Follow @allrefer Pinterest
AllRefer.com > Pictures & Images > C-141 - 'Hanoi Taxi' 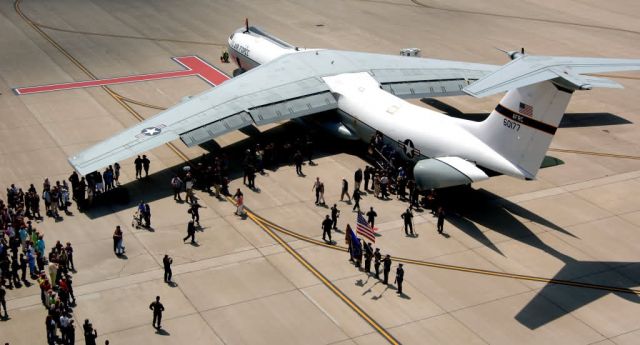 Families swarm to greet former prisoners of war moments after they landed in the C-141 “Hanoi Taxi” on Friday, May 5, 2006, at the National Museum of the United States Air Force in Dayton, Ohio. The “Hanoi Taxi” was the first aircraft to arrive in Hanoi in February 1973 to pick up POWs returning to the United States. (U.S. Air Force photo/Tech. Sgt. Larry A. Simmons)