Get Interesting Photos Direct To Your Email
Sign up for our newsletter and receive unique photos for your viewing pleasure!
We hate SPAM and we promise to keep your email address safe.
No thanks, I have already subscribed!
Thank You
Follow Us Follow @allrefer Pinterest
AllRefer.com > Pictures & Images > C-130J Hercules - This is a test... 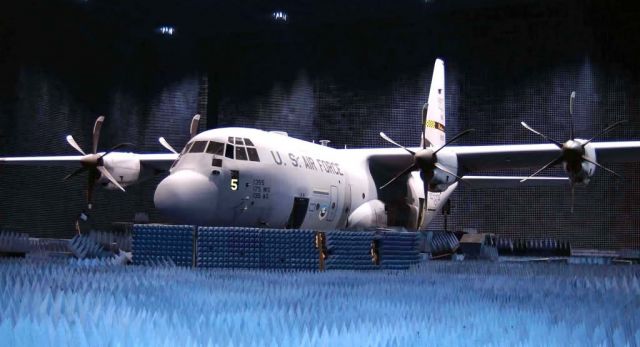 EDWARDS AIR FORCE BASE, Calif.—A C-130J Hercules sits in the Benefield Anechoic Facility for defense systems testing. The new defense systems installed on the aircraft have never been used in the United States before, and the 412th Test Wing is testing the aircraft in the BAF. (U.S. Air Force photo by Thomas Powell)