Get Interesting Photos Direct To Your Email
Sign up for our newsletter and receive unique photos for your viewing pleasure!
We hate SPAM and we promise to keep your email address safe.
No thanks, I have already subscribed!
Thank You
Follow Us Follow @allrefer Pinterest
AllRefer.com > Pictures & Images > C-130E - 23rd 'Flying Tigers' to become host wing at Moody 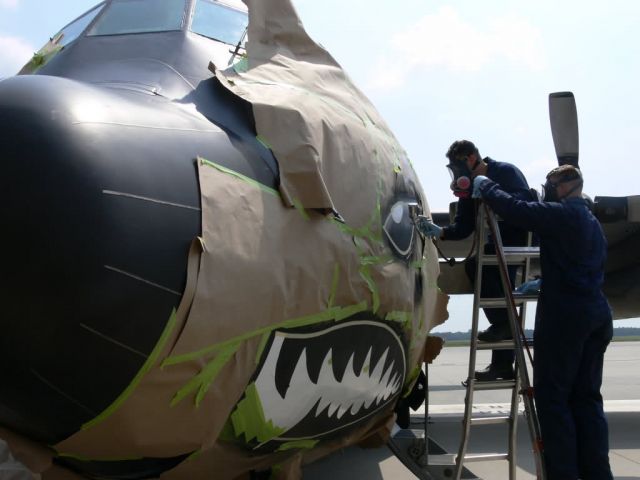 Airmen 1st Class Ernesto Sosa and Nicholas Heimgartner paint the nose of a C-130E in August at Moody Air Force Base, Ga. The aircraft was repainted to represent the 347th Rescue Wing’s upcoming transition to the 23rd Wing, known as the famous “Flying Tigers.” The 347th RQW will deactivate and the 23rd Wing will activate Sept. 29. Airmen Sosa and Heimgartner are from the 347th Maintenance Squadron at Moody AFB. (U.S. Air Force photo/Airman 1st Class Eric Schloeffel)