Get Interesting Photos Direct To Your Email
Sign up for our newsletter and receive unique photos for your viewing pleasure!
We hate SPAM and we promise to keep your email address safe.
No thanks, I have already subscribed!
Thank You
Follow Us Follow @allrefer Pinterest
AllRefer.com > Pictures & Images > C-130 Hercules - Parachute drop brings appreciation for freedom 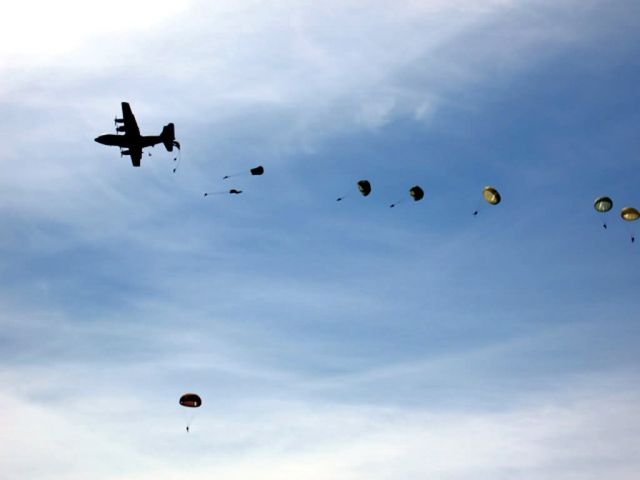 Paratroopers jump out of a C-130 Hercules as part of observances for the 62nd anniversary of D-Day in Normandy, France, on June 4. The paratroopers were a combined force from the U.S., Canada, France, Britain and Germany participating in Operation Airdrop Warrior 2006. The airdrop was held two days before the actual anniversary. (Courtesy photo/Bruno Konieczy)