Get Interesting Photos Direct To Your Email
Sign up for our newsletter and receive unique photos for your viewing pleasure!
We hate SPAM and we promise to keep your email address safe.
No thanks, I have already subscribed!
Thank You
Follow Us Follow @allrefer Pinterest
AllRefer.com > Pictures & Images > C-130 Hercules - Operation All-American Lightning 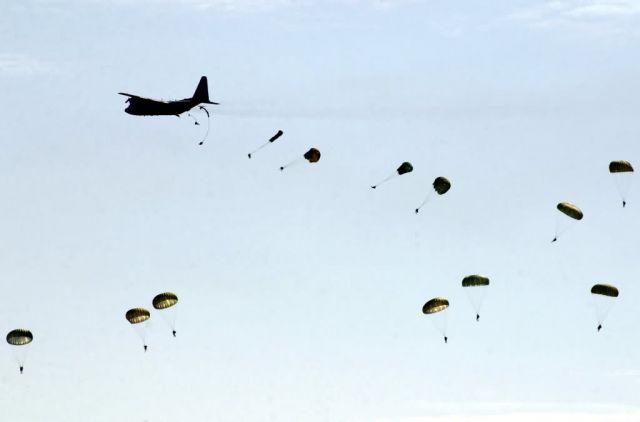 SOUTHWEST ASIA—Soldiers from the 82nd Airborne Division jump from a C-130 Hercules as part of Operation All-American Lightning on Feb. 24. A total of 240 soldiers jumped during a capabilities and show-of-force exercise. Before the start of the parachute jumps, A-10 Thunderbolt IIs conducted missile and strafing runs, and F-16 Fighting Falcons dropped 12 bombs on a simulated target near the airfield as part of the exercise. (U.S. Air Force photo by Staff Sgt. Suzanne Jenkins)