Get Interesting Photos Direct To Your Email
Sign up for our newsletter and receive unique photos for your viewing pleasure!
We hate SPAM and we promise to keep your email address safe.
No thanks, I have already subscribed!
Thank You
Follow Us Follow @allrefer Pinterest
AllRefer.com > Pictures & Images > C-130 Hercules - Into Iraq 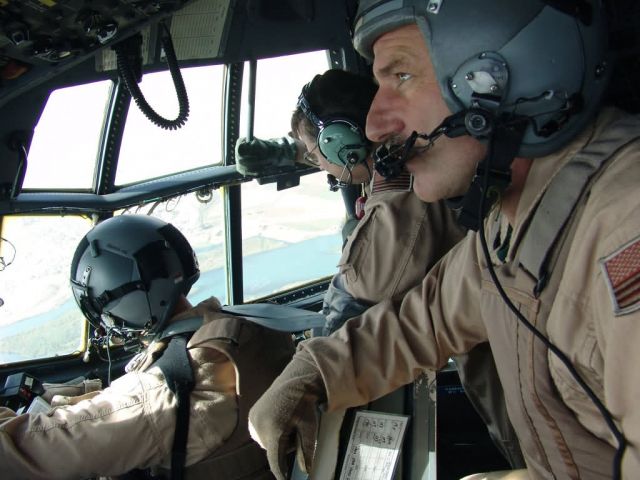 OVER IRAQ—(From left) Majs. Ed Stack and Mark Parker and Tech. Sgt. Karl Schramm scan the sky during a C-130 Hercules mission to Iraq. The Airmen are assigned to the 386th Expeditionary Airlift Squadron at a forward-deployed location. Major Stack is a co-pilot, Major Parker is a navigator, and Sergeant Schramm is a loadmaster. They are deployed supporting Operation Iraqi Freedom from the 440th Airlift Wing at the General Mitchell Air Reserve Station, Wis. (U.S. Air Force photo by Capt. Aaron Burgstein)