Get Interesting Photos Direct To Your Email
Sign up for our newsletter and receive unique photos for your viewing pleasure!
We hate SPAM and we promise to keep your email address safe.
No thanks, I have already subscribed!
Thank You
Follow Us Follow @allrefer Pinterest
AllRefer.com > Pictures & Images > C-130 Hercules - Fini-flight 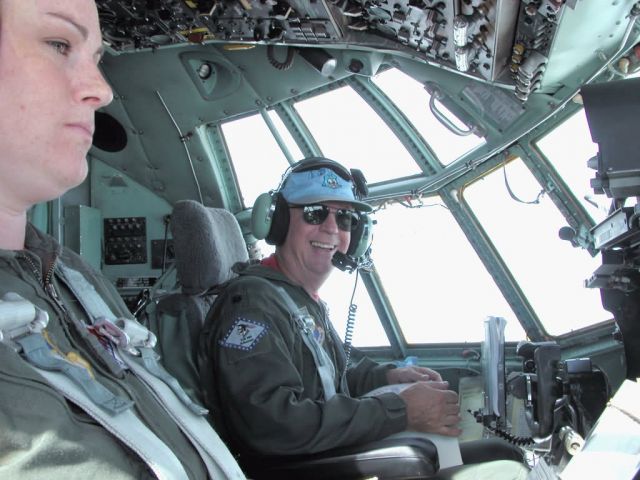 LITTLE ROCK AIR FORCE BASE, Ark.—Lt. Col. Larry Hill, a 154th Training Squadron pilot, is all smiles as he flies a C-130 Hercules for the final time in his 34-year career Oct. 28. The colonel and his twin daughters—Capts. Elissa Granderson and Leslie Hill—flew his final flight together. Leslie was in the co-pilot seat with him for the first half of the two-hour flight. (U.S. Air Force photo by Tech. Sgt. Bob Oldham)