Get Interesting Photos Direct To Your Email
Sign up for our newsletter and receive unique photos for your viewing pleasure!
We hate SPAM and we promise to keep your email address safe.
No thanks, I have already subscribed!
Thank You
Follow Us Follow @allrefer Pinterest
AllRefer.com > Pictures & Images > C-130 Hercules - Disaster relief efforts 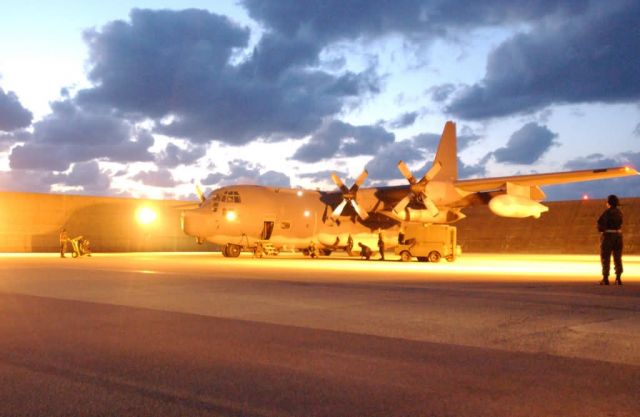 KADENA AIR BASE, Japan—An Air Force C-130 Hercules prepares for takeoff after being loaded with two aircraft pallets of packaged meals bound for Southeast Asia as part of disaster relief following a 9.0-magnitude earthquake that struck Dec.26 off the coast of Indonesia. The quake caused tsunami waves that have affected 12 countries and have killed more than 100,000 people. More than 3,000 cases of meals and four aircraft pallets of fresh water were processed through the cargo area here Dec. 29. The 18th Wing is providing relief supplies and personnel to help with the humanitarian effort. (U.S. Air Force photo by Tech. Sgt. Richard Freeland)