Get Interesting Photos Direct To Your Email
Sign up for our newsletter and receive unique photos for your viewing pleasure!
We hate SPAM and we promise to keep your email address safe.
No thanks, I have already subscribed!
Thank You
Follow Us Follow @allrefer Pinterest
AllRefer.com > Pictures & Images > C-130 Hercules - Commando Solo 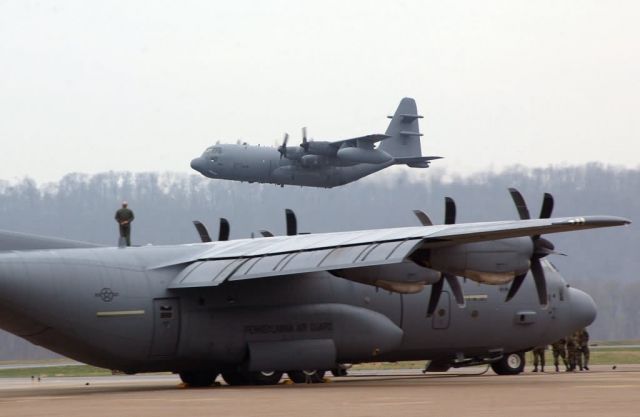 The last Air National Guard’s EC-130E Commando Solo takes off above a C-130 Hercules for the final time at the Harrisburg International Airport on Monday, April 3, 2006. The “E” model has flown members of the 193rd Special Operations Wing into combat since the Vietnam Conflict. (U.S. Air Force photo/Staff Sgt. Matt Schwartz)