Get Interesting Photos Direct To Your Email
Sign up for our newsletter and receive unique photos for your viewing pleasure!
We hate SPAM and we promise to keep your email address safe.
No thanks, I have already subscribed!
Thank You
Follow Us Follow @allrefer Pinterest
AllRefer.com > Pictures & Images > C-130 Hercules - Coalition troop movement 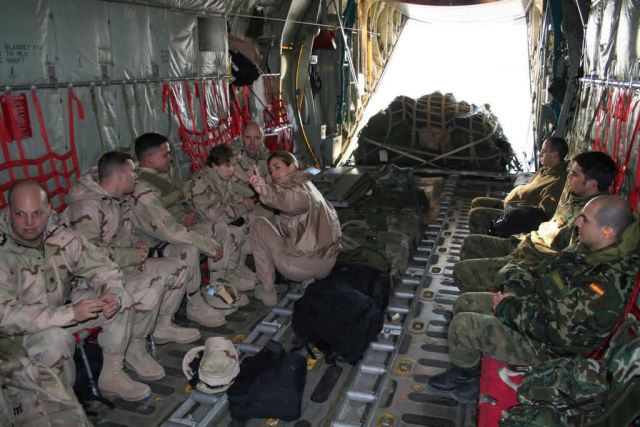 Capt. Margarita Correas gives Air Force officers a flight safety brief before takeoff Friday, March 3, 2006. The detachment flew the group to Kabul, Afghanistan, during a shuttle flight for Spanish troops headed into and out of Afghanistan. The flights help the base with the movement of unusually large influxes of troops and saving the officers a convoy ride from Bagram to Kabul. The captain is a C-130 Hercules navigator with the Spanish detachment at Manas Air Base, Kyrgyzstan. (U.S. Air Force photo/Staff Sgt. Lara Gale)