Get Interesting Photos Direct To Your Email
Sign up for our newsletter and receive unique photos for your viewing pleasure!
We hate SPAM and we promise to keep your email address safe.
No thanks, I have already subscribed!
Thank You
Follow Us Follow @allrefer Pinterest
AllRefer.com > Pictures & Images > C-130 Hercules - C-130 Hercules transport aircraft 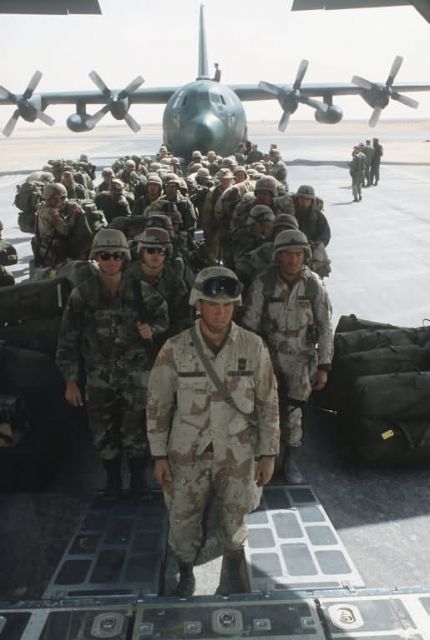 1990’s—Troops of the U.S. Army’s XVIII Airborne Corps wait to board a C-130 Hercules transport aircraft of the 1630th Tactical Airlift Wing for a transit to Fort Bragg, N.C., following the liberation of Kuwait during Operation Desert Storm. Behind the troops is another C-130 Hercules aircraft.