Get Interesting Photos Direct To Your Email
Sign up for our newsletter and receive unique photos for your viewing pleasure!
We hate SPAM and we promise to keep your email address safe.
No thanks, I have already subscribed!
Thank You
Follow Us Follow @allrefer Pinterest
AllRefer.com > Pictures & Images > C-130 Hercules - A tribute 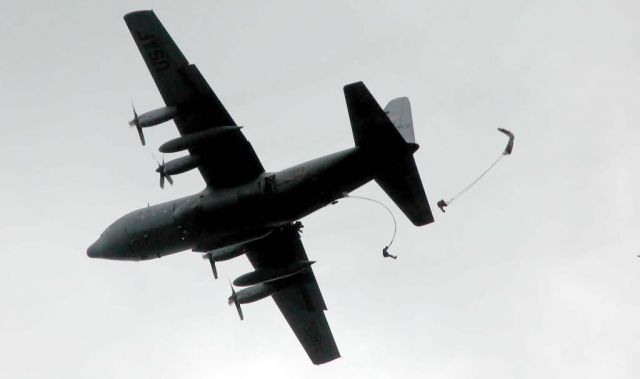 SAINTE-MERE-EGLISE, France—Soldiers jump from a C-130 Hercules near here June 5 during a tribute to airborne Soldiers who died in the liberation of France in 1944. Equipment and conditions in the 2004 commemoration jump stand in stark contrast to that of 60 years ago. (Department of Defense photo by Jim Garamone)