Get Interesting Photos Direct To Your Email
Sign up for our newsletter and receive unique photos for your viewing pleasure!
We hate SPAM and we promise to keep your email address safe.
No thanks, I have already subscribed!
Thank You
Follow Us Follow @allrefer Pinterest
AllRefer.com > Pictures & Images > C-130 - C-130 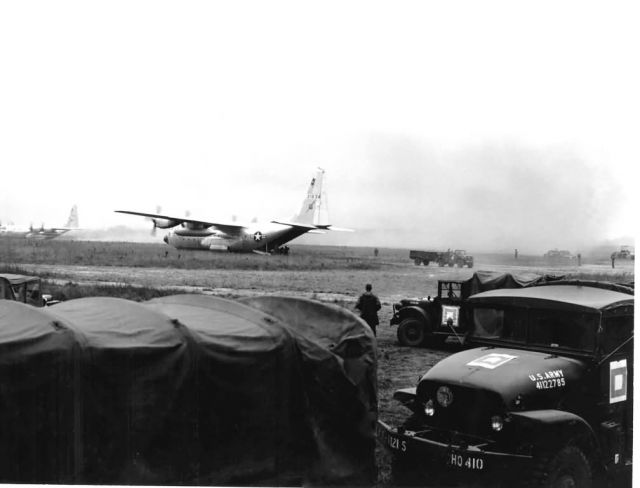 1960s—C-130 airlift aircraft from Tactical Air Command carry out operations on a forward dirt assault landing zone, bringing in supplies and equipment for forces in U.S. Strike Command’s Joint Exercise GoldFire I. First Infantry Division trucks in the foreground, previously flown in, are typical of cargo carried in these aircraft during the exercise. (U.S. Air Force photo)