Get Interesting Photos Direct To Your Email
Sign up for our newsletter and receive unique photos for your viewing pleasure!
We hate SPAM and we promise to keep your email address safe.
No thanks, I have already subscribed!
Thank You
Follow Us Follow @allrefer Pinterest
AllRefer.com > Pictures & Images > C-130 Air Force aircraft 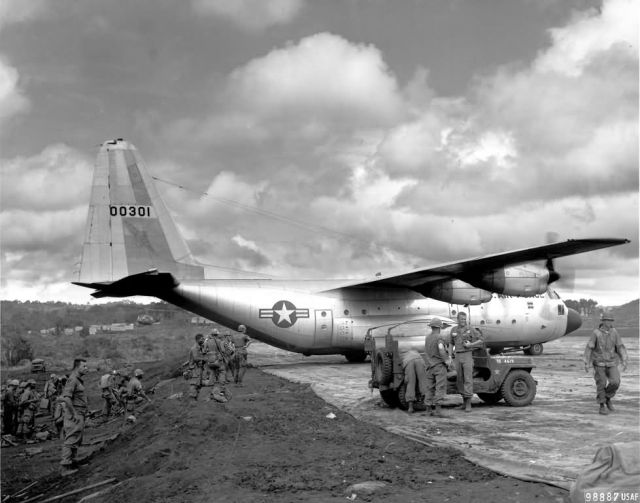 1960’s—A U.S. Air Force C-130 transport turns at the end of the short runway at Bam Bleh, Vietnam. The transport was one of several taking troops of the First Cavalry Division back to their base camp at An Khe after an operation. Air Force aircraft made daily flights to fields like this one carrying troops and supplies to front line units. 23 November 1966 (Air Force Photo)