Get Interesting Photos Direct To Your Email
Sign up for our newsletter and receive unique photos for your viewing pleasure!
We hate SPAM and we promise to keep your email address safe.
No thanks, I have already subscribed!
Thank You
Follow Us Follow @allrefer Pinterest
AllRefer.com > Pictures & Images > Boeing Delta II rocket - Delta II liftoff 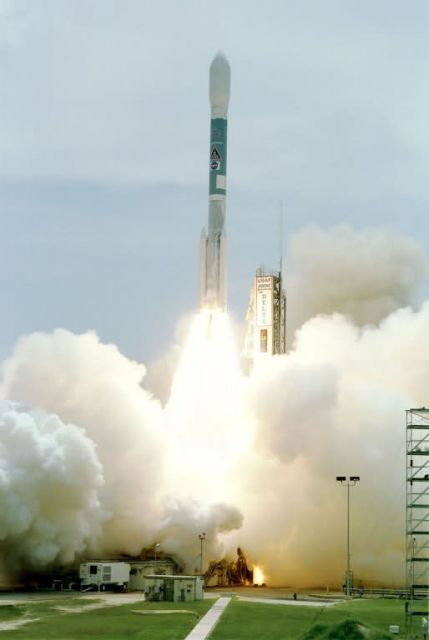 CAPE CANAVERAL AIR FORCE STATION, Fla.—Clouds of smoke and steam billow around the Boeing Delta II rocket as it roars into the sky after liftoff. The rocket is carrying NASA’s Far Ultraviolet Spectroscopic Explorer (FUSE) satellite. FUSE was developed to investigate the origin and evolution of the lightest elements in the universe - hydrogen and deuterium. In addition, the FUSE satellite will examine the forces and process involved in the evolution of the galaxies, stars and planetary systems by investigating light in the far ultraviolet portion of the electromagnetic spectrum. (Courtesy photo)