Get Interesting Photos Direct To Your Email
Sign up for our newsletter and receive unique photos for your viewing pleasure!
We hate SPAM and we promise to keep your email address safe.
No thanks, I have already subscribed!
Thank You
Follow Us Follow @allrefer Pinterest
AllRefer.com > Pictures & Images > Anna's Hummingbird 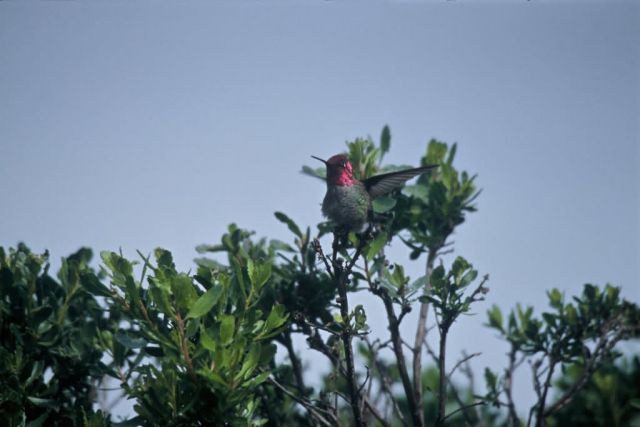 Anna’s hummingbird is most numerous in the Coast ranges of California, where it prefers dry, brush-covered hillsides. In this habitat it is virtually the only nesting hummingbird, and so it does not have to compete with other species for the limited supply of food. Unlike most of our hummingbirds, this species remains in the United States during the winter. The majority stay in California, but a few cross over the mountains to winter in southern Arizona. Anna’s hummingbird is named after the Princess Anna Massena (1806-1896), wife of the Duke of Rivoli, for whom Rivoli’s hummingbird was named.