Get Interesting Photos Direct To Your Email
Sign up for our newsletter and receive unique photos for your viewing pleasure!
We hate SPAM and we promise to keep your email address safe.
No thanks, I have already subscribed!
Thank You
Follow Us Follow @allrefer Pinterest
AllRefer.com > Pictures & Images > Aleutian Cackling Goose project and Pete the Border Collie, (Album) 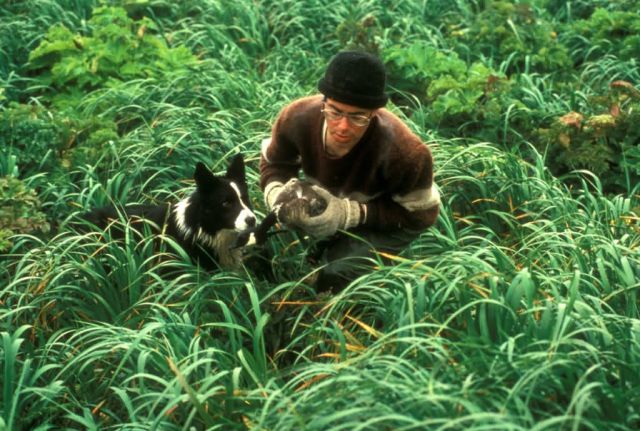 Alaska Maritme NWR biologists utilized 3 border collies trained by Rob Lewis of Corvallis Oregon in their recovery effort of Aleutian Cackling geese populations which were listed as endangered in 1973, upgraded to threatened in 1991, and delisted in March of 2001. The collies could flush and herd the geese through the difficult high grasses and terraine of remote islands of the Aleutians where the geese nested. Captured geese were translocated to fox-free islands to increase nesting areas. Pete was one of the three dogs used in this mission. In his attempt to flush geese,one goose ran to a cliff and floated to the beach below. Unfortunately for Pete, he couldn’t fly and and died instantly. A plaque in memory of Pete’s service hangs at the Islands and Ocean Visitor Center in Homer, Alaska.