Get Interesting Photos Direct To Your Email
Sign up for our newsletter and receive unique photos for your viewing pleasure!
We hate SPAM and we promise to keep your email address safe.
No thanks, I have already subscribed!
Thank You
Follow Us Follow @allrefer Pinterest
AllRefer.com > Pictures & Images > AIM-9 - Raptor 4002 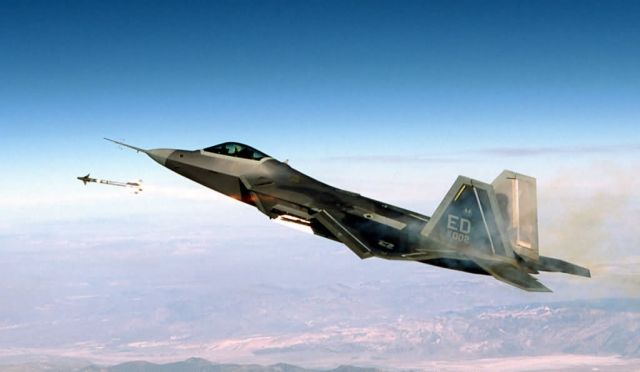 FILE PHOTO—F/A-22 Raptor 4002 fires an AIM-9 Sidewinder air-to-air missile during a separation test at 40,000 feet. Flown at a 26-degree angle-of-attack at only Mach .4 speed, the test flight demonstrated the Raptor’s ability to operate at slow speeds in a combat environment and still maintain maneuverability. (U.S. Air Force photo by Judson Brohmer)