Get Interesting Photos Direct To Your Email
Sign up for our newsletter and receive unique photos for your viewing pleasure!
We hate SPAM and we promise to keep your email address safe.
No thanks, I have already subscribed!
Thank You
Follow Us Follow @allrefer Pinterest
AllRefer.com > Pictures & Images > ACES II - Split-second shot 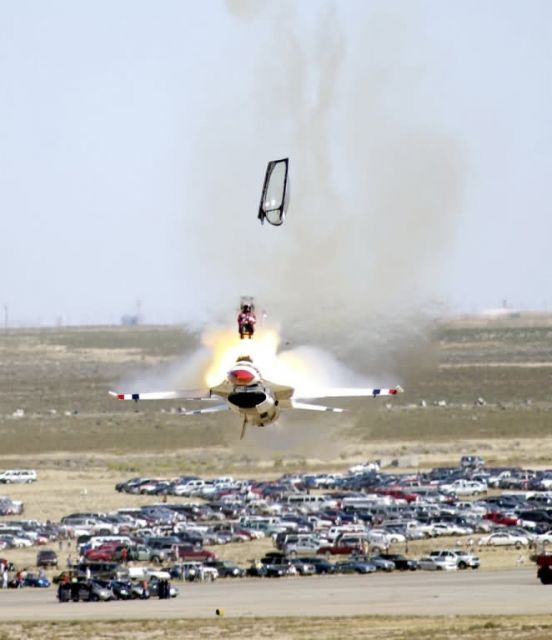 MOUNTAIN HOME AIR FORCE BASE, Idaho—Capt. Christopher Stricklin ejects from the USAF Thunderbirds number six aircraft less than a second before it impacted the ground at an air show at Mountain Home Air Force Base, Idaho, Sept. 14. Stricklin, who was not injured, ejected after both guiding the jet away from the crowd of more than 60,000 people and ensuring he couldn’t save the aircraft. This was only the second crash since the Air Force began using F-16 Falcons for its demonstration team in 1982. The ACES II ejection seat performed flawlessly. (U.S. Air Force photo by Staff Sgt. Bennie J. Davis III)