Get Interesting Photos Direct To Your Email
Sign up for our newsletter and receive unique photos for your viewing pleasure!
We hate SPAM and we promise to keep your email address safe.
No thanks, I have already subscribed!
Thank You
Follow Us Follow @allrefer Pinterest
AllRefer.com > Pictures & Images > A-10 - Wing repair 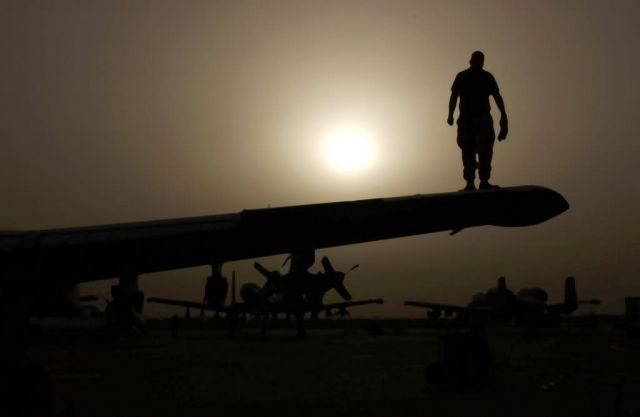 OPERATION IRAQI FREEDOOM—A crew chief from the 332nd Air Expeditionary Wing performs maintenance repairs on the wing of an A-10 fighter, March 29, 2003. From a forward-deployed location, these fighters will fly missions into Iraq in support of Operation Iraqi Freedom. Operation Iraqi Freedom is the multi-national coalition effort to liberate the Iraqi people, eliminate weapons of mass destruction and to end the regime of Saddam Hussien. (U.S. Air Force photo by Senior Airman JoAnn S. Makinano)