Get Interesting Photos Direct To Your Email
Sign up for our newsletter and receive unique photos for your viewing pleasure!
We hate SPAM and we promise to keep your email address safe.
No thanks, I have already subscribed!
Thank You
Follow Us Follow @allrefer Pinterest
AllRefer.com > Pictures & Images > A-10 Thunderbolt ll - Lights in the sky 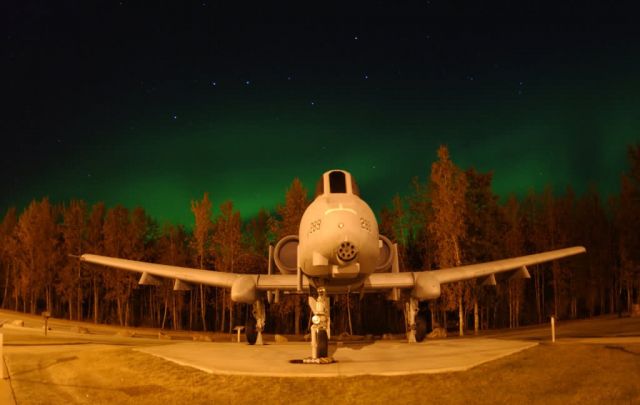 A-10 Thunderbolt ll - Lights in the sky

EIELSON AIR FORCE BASE, Alaska—The Big Dipper constellation and the aurora borealis, or northern lights, shine above a static A-10 Thunderbolt ll here Sept. 18. The lights are the result of solar particles colliding with gases in Earth’s atmosphere. Early Eskimos and Indians believed different legends about the northern lights such as they were the souls of animals dancing in the sky or the souls of fallen enemies trying to rise again. (U.S. Air Force photo by Senior Airman Joshua Strang)