Get Interesting Photos Direct To Your Email
Sign up for our newsletter and receive unique photos for your viewing pleasure!
We hate SPAM and we promise to keep your email address safe.
No thanks, I have already subscribed!
Thank You
Follow Us Follow @allrefer Pinterest
AllRefer.com > Pictures & Images > A-10 Thunderbolt II - Training keeping Spangdahlem 'Warthogs' ready to deploy 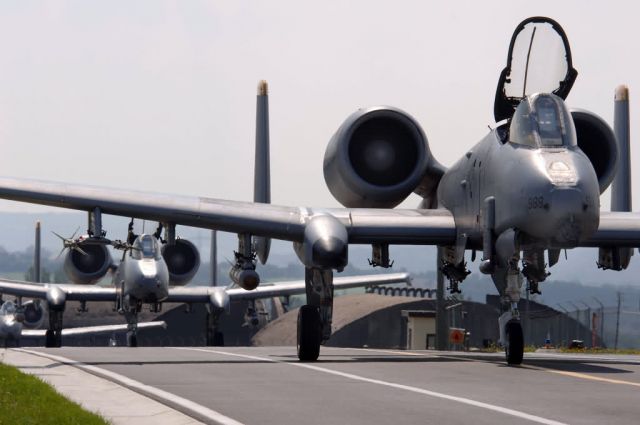 SPANGDAHLEM AIR BASE, Germany—Taking advantage of a sunny German day, A-10 Thunderbolt II aircraft taxi toward takeoff from this fighter base. The 81st Fighter Squadron’s A-10 Thunderbolt II aircraft, the only ones stationed in U.S. Air Forces in Europe, work closely with NATO countries. The aircraft’s capabilities are sought after by U.S. and NATO ground forces to provide close-air support, interdiction and combat search and rescue. (U.S. Air Force photo by Senior Master Sgt. Keith Reed)