Get Interesting Photos Direct To Your Email
Sign up for our newsletter and receive unique photos for your viewing pleasure!
We hate SPAM and we promise to keep your email address safe.
No thanks, I have already subscribed!
Thank You
Follow Us Follow @allrefer Pinterest
AllRefer.com > Pictures & Images > A-10 Thunderbolt II - Thunderbolt repair 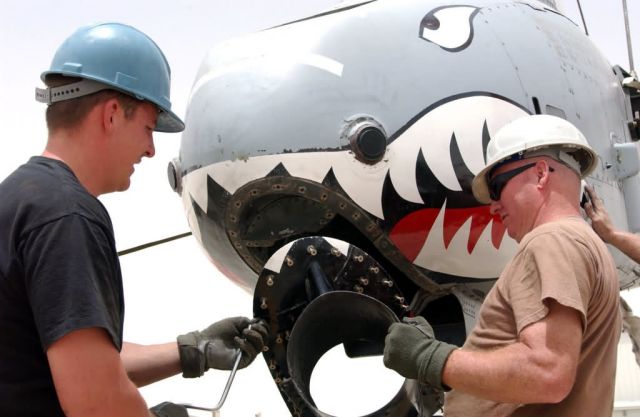 OPERATION IRAQI FREEDOM—Staff Sgt. Scott Long (left) and Tech. Sgt. Jeff McElhoe remove the gun faring from the nose of an A-10 Thunderbolt II to prevent damage while it is loaded onto its shipping cradle. The aircraft received severe battle damage during a combat mission over Iraq in April and will be shipped back to the United States for repair. (U.S. Air Force photo by Tech. Sgt. Dave Buttner)