Get Interesting Photos Direct To Your Email
Sign up for our newsletter and receive unique photos for your viewing pleasure!
We hate SPAM and we promise to keep your email address safe.
No thanks, I have already subscribed!
Thank You
Follow Us Follow @allrefer Pinterest
AllRefer.com > Pictures & Images > A-10 Thunderbolt II - Thunderbolt fuel 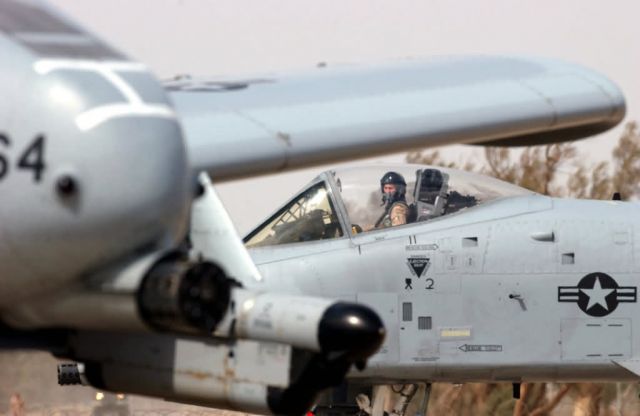 OPERATION IRAQI FREEDOM—An A-10 Thunderbolt II pilot taxis into position for a “hot” refuel of his A-10. This was the first A-10 hot refuel in Iraq and the first time the R-14 fuel hydrant system was used in the hot-refuel process. The pilot and aircraft are with the 442nd Fighter Wing from Whiteman Air Force Base, Mo., which is deployed to Tallil Air Base in southern Iraq. (U.S. Air Force photo by Master Sgt. Terry L. Blevins)