Get Interesting Photos Direct To Your Email
Sign up for our newsletter and receive unique photos for your viewing pleasure!
We hate SPAM and we promise to keep your email address safe.
No thanks, I have already subscribed!
Thank You
Follow Us Follow @allrefer Pinterest
AllRefer.com > Pictures & Images > A-10 Thunderbolt II - Tank killer 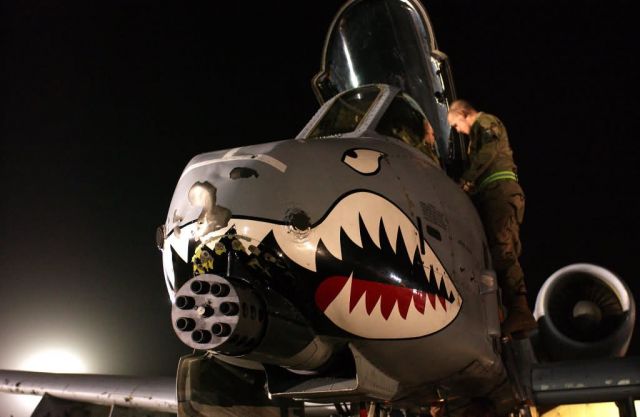 OPERATION IRAQI FREEDOM—An Air Force crew chief from the 332nd Air Expeditionary Wing inspects the cockpit of an A-10 Thunderbolt II on March 23 at a forward-deployed Operation Iraqi Freedom location. The A-10, known for its tank-killing prowess during Desert Storm, is a key ally for coalition ground forces in Operation Iraqi Freedom. (U.S. Air Force photo by Senior Airman JoAnn S. Makinano)