Get Interesting Photos Direct To Your Email
Sign up for our newsletter and receive unique photos for your viewing pleasure!
We hate SPAM and we promise to keep your email address safe.
No thanks, I have already subscribed!
Thank You
Follow Us Follow @allrefer Pinterest
AllRefer.com > Pictures & Images > A-10 Thunderbolt II - Red Flag-Alaska wraps up 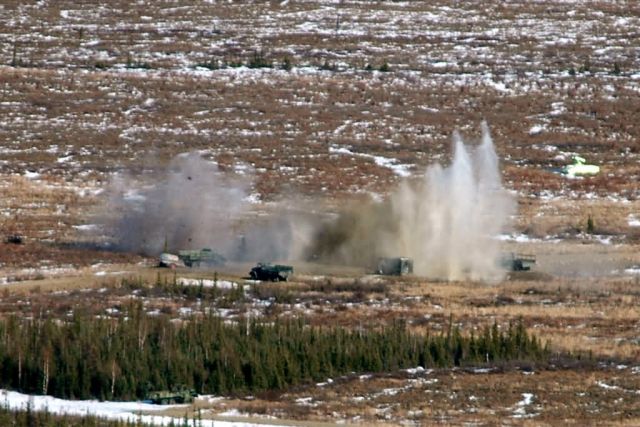 An A-10 Thunderbolt II pilot strafes a “hostile” convoy at the bombing range at Eielson Air Force Base, Alaska, on Friday, April 28, 2006, during Red Flag-Alaska. Joint terminal attack controllers from the 25th Air Support Operations Squadron at Hickam AFB, Hawaii, called in air support and directed planes to their targets as part of the exercise. The A-10 is from the 75th Fighter Squadron at Pope AFB, N.C. (U.S. Air Force photo/Tech. Sgt. Jeff Walston)