Get Interesting Photos Direct To Your Email
Sign up for our newsletter and receive unique photos for your viewing pleasure!
We hate SPAM and we promise to keep your email address safe.
No thanks, I have already subscribed!
Thank You
Follow Us Follow @allrefer Pinterest
AllRefer.com > Pictures & Images > A-10 Thunderbolt II - Airmen call in 'air strikes' on Louisiana communities 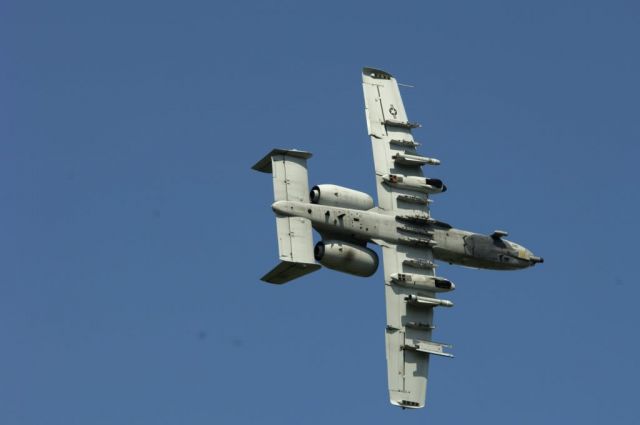 An A-10 Thunderbolt II from Barksdale Air Force Base, La., approaches a target on May 16, 2006, called in by a joint terminal air controller during urban combat air support training. The training took place in Deridder, La., where the 458th Combat Training Squadron from Fort Polk, La., has an agreement to allow flights over the city for more realistic urban conditions. The controllers are from Detachment 1, 458th CTS. (U.S. Air Force Photo/Master Sgt. Jack Braden)