Get Interesting Photos Direct To Your Email
Sign up for our newsletter and receive unique photos for your viewing pleasure!
We hate SPAM and we promise to keep your email address safe.
No thanks, I have already subscribed!
Thank You
Follow Us Follow @allrefer Pinterest
AllRefer.com > Pictures & Images > A-10 Thunderbolt II - A-10 take off 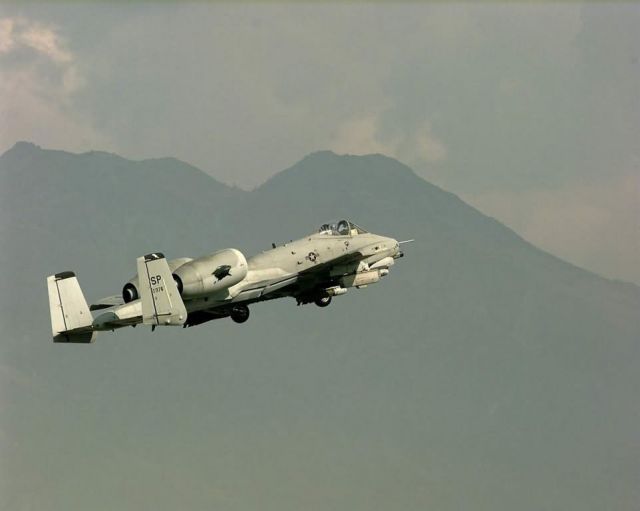 1990’s—AVIANO AIR BASE, Italy—An A-10 Thunderbolt II, from the 81st Fighter Squadron, Spangdahlem Air Base, Germany takes-off. A-10s are the first Air Force aircraft specially designed for close air support of ground forces. They are simple, effective and survivable twin-engine jet aircraft that can be used against all ground targets, including tanks and other armored vehicles. They can loiter near battle areas for extended periods of time and operate under 1,000-foot ceilings with 1.5-mile visibility. Their wide combat radius and short takeoff and landing capability permit operations in and out of locations near front lines. Using night vision goggles pilots can conduct their missions during darkness. (U.S. Air Force photo by Senior Airman Stan Parker)