Get Interesting Photos Direct To Your Email
Sign up for our newsletter and receive unique photos for your viewing pleasure!
We hate SPAM and we promise to keep your email address safe.
No thanks, I have already subscribed!
Thank You
Follow Us Follow @allrefer Pinterest
AllRefer.com > Pictures & Images > WOE5 Spawning Coaster Brook Trout 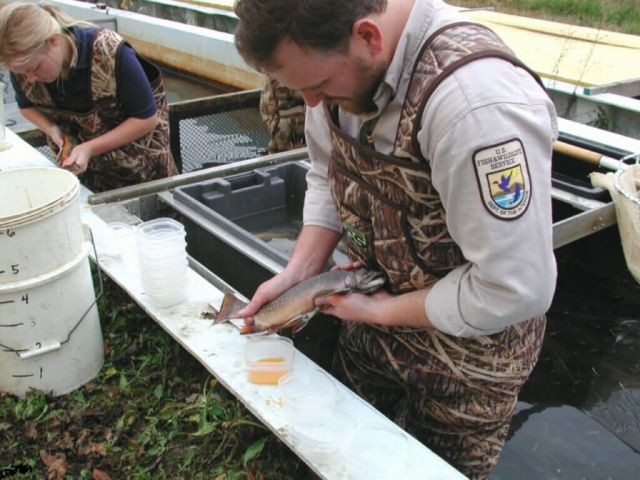 Assistant Manager Roger Gordon and a college volunteer are spawning adult coaster brook trout at the Genoa NFH and several other Government and State agencies are trying to restore the little known coaster brook trout to Lake Superior. This beautiful and prized gamefish existed in the Lake Superior until over-fishing, pollution, and lost habitat wiped them out at the turn of the century. Photo taken: Oct. 22, 2001/Robert Pos, Biologist (electronic image)