Get Interesting Photos Direct To Your Email
Sign up for our newsletter and receive unique photos for your viewing pleasure!
We hate SPAM and we promise to keep your email address safe.
No thanks, I have already subscribed!
Thank You
Follow Us Follow @allrefer Pinterest
AllRefer.com > Pictures & Images > Whooping Cranes at Aransas NWR 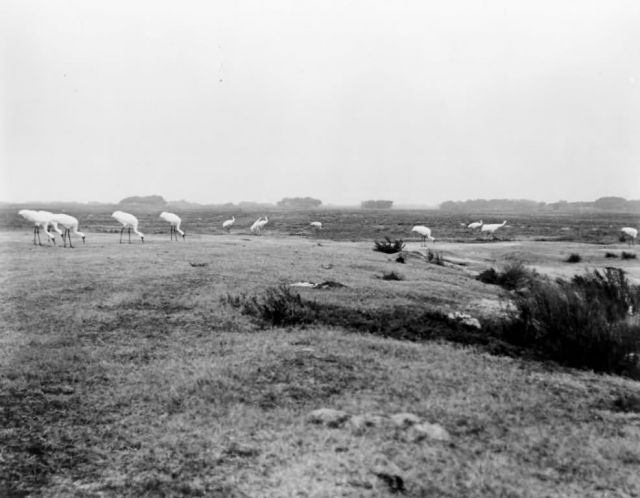 Aransas National Wildlife Refuge, north of Corpus Christi, Texas, is one of the National Wildlife Refuge SystemÃ¢â¬â ¢s premier units, in large part because of the role it has played in the recovery of the endangered whooping crane, a 5-foot-tall white bird symbolic of this NationÃ¢â¬â ¢s efforts to restore the populations of severely imperiled animals and plants. Reportedly extinct by 1923, the last remaining residual population of whooping cranes wintered here, along the Texas Gulf Coast, though no one knew where the birds went in summer (discovered in 1954 to be CanadaÃ¢â¬â ¢s remote Wood Buffalo National Park Ã¢â¬â a 2,600-mile annual migration). Aransas provided the seed population from which birds were bred in captivity to bolster the Texas population, as well as to undertake experimental populations established between Idaho and New Mexico, and a recent non-migratory population in Florida.